2017 has been an eventful year for the society. We have made progress in a variety of projects, and hope to continue these into the new academic year.

Although we are still yet to find somewhere to setup a permanent shack, one of the main goals for the society this year has been to refurbish the HF Yagi the society owns.  Even without a shack the Yagi would be great for outings and allow us to compete independently at the RSGB’s HF National Field Day.  There has been quite a lot of work involved in the refurbishment. All the parts were cleaned both externally and internally.  We have now identified all the missing and damaged components that need replacing and hope to have the HF Yagi ready for the start of next academic year in late September.

The upgraded SOWN Zepler is almost ready for deployment.  This is planned for late August / Early September.  SOWN Zepler, will provide RADIUS authenticated high-speed Internet to students and staff at the University on both the 2.4 and 5.8GHz frequency bands.  Currently Wi-Fi access in outside areas at the North campus is limited.  As well as providing Wi-Fi it will be able to receive transmissions in the Amateur Radio bands (from 25MHz to 1GHz).  This will be achieved using a Discone antenna and two USB SDR receivers.

During the investigation of SDRs to put into SOWN Zepler, we decided to purchase an AirSpy R2  for further experimentation as part of our outings and workshops. A quick test of this plugged into our Discone antenna showed that it was a very powerful piece of apparatus, able to receive across a number of bands with high sensitivity. We would like to thank SUSU for helping us purchase this item. 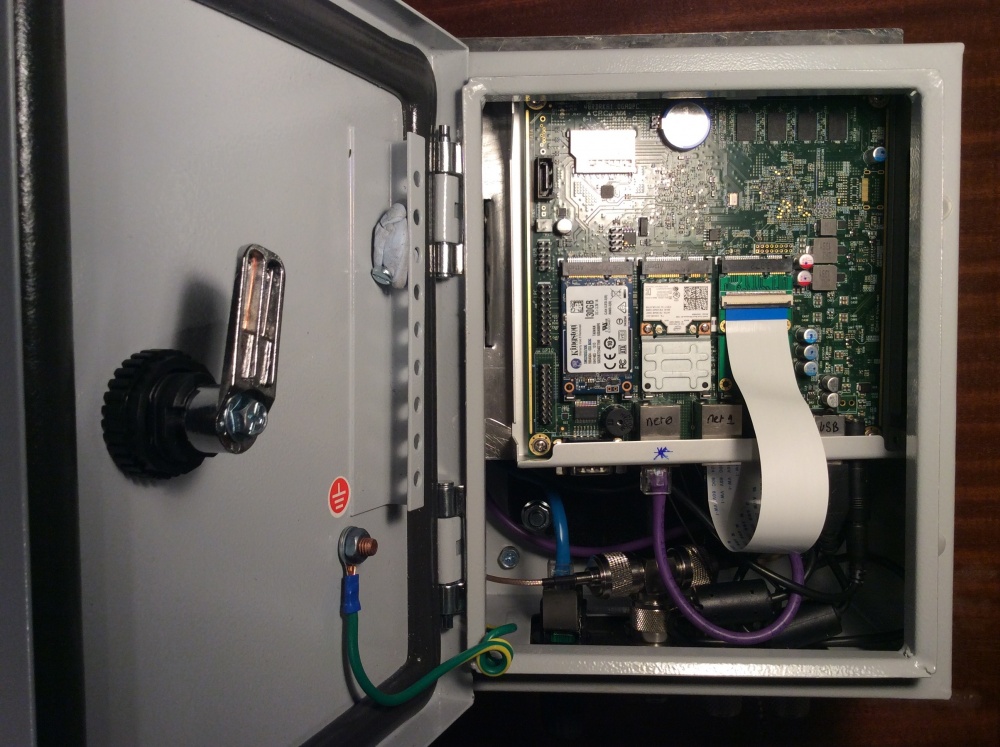 The internal configuration of the new SOWN Zepler.

As a society, we are currently using one of our radios on non-transmit mode for our Morse practicals. As we continue conducting training and practicals for exams, we thought it would be useful to create a more compact and reliable piece of apparatus. At the same time, this will enable more members to use Morse outside the club and provide another option for intermediate exam practicals.

Designed during several workshop evenings, the Morse sounder has an hybrid analogue and digital design, with support for both conventional and iambic keying. The device has been engineered to fit into a standard plastic enclosure, utilising PCB material for the ends, which gave a professional looking case with minimal assembly required. We have also designed a capacitive iambic key, which uses the same PCB based design for both the housing and the paddles. The electrical design of the key and sounder,whilst partly our own, have been inspired by many other schematics and tutorials. Further information and links can be found here.

We are hoping to make these kits available to our members for around £30. Currently, the iambic key is fully working, whilst the sounder and keying unit is mostly functional with a few small issues left to resolve to get the performance we desire. 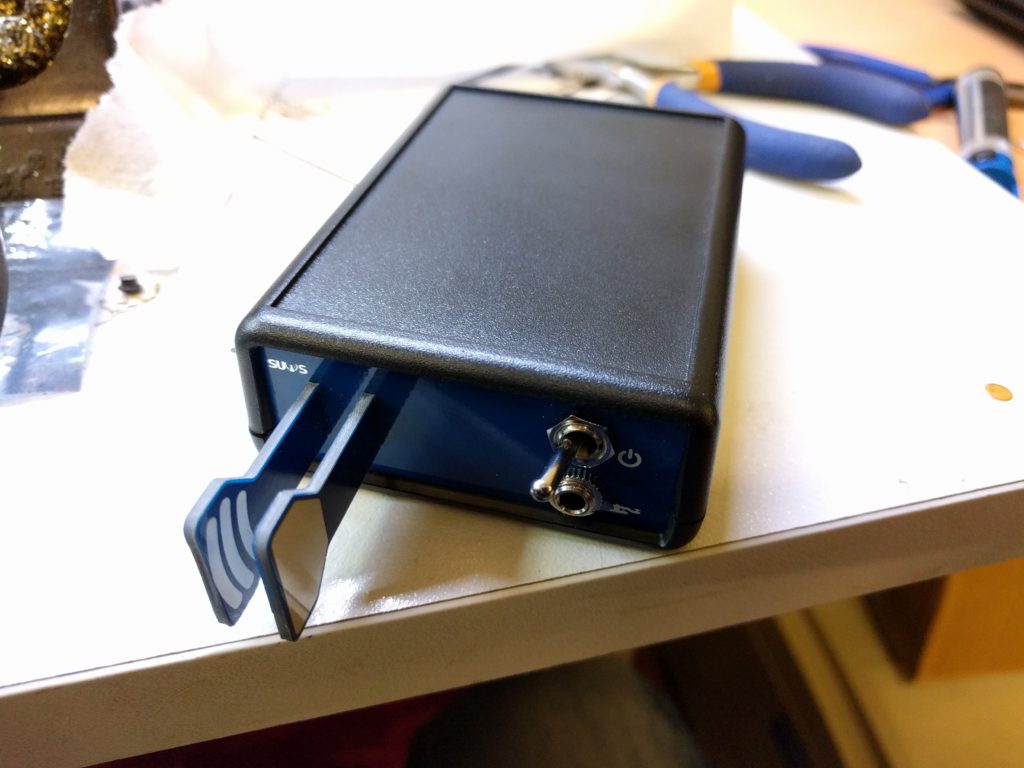 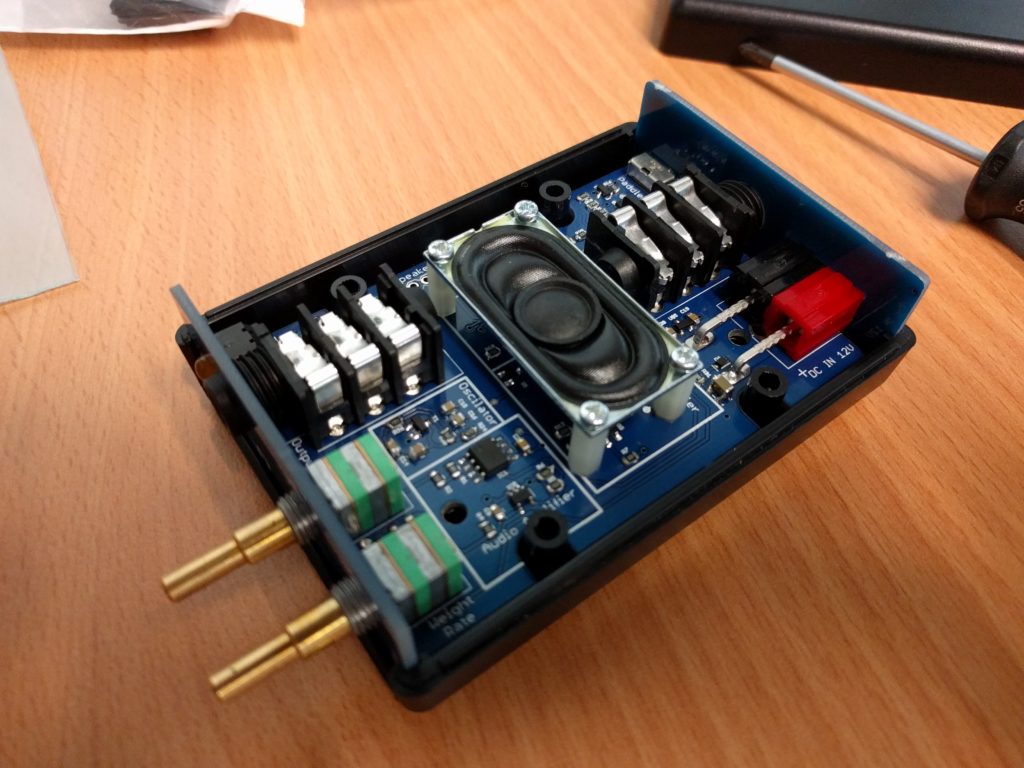 A look inside the SUWS morse sounder.

In March, we held a society trip to Bletchley Park. This was very eventful and resulted in us making some useful contacts at the National Radio Centre, home of the RSGB. We learned some useful information about how to contact Amateur Satellite services, and also worked a couple of contacts on their station, GB3RS. 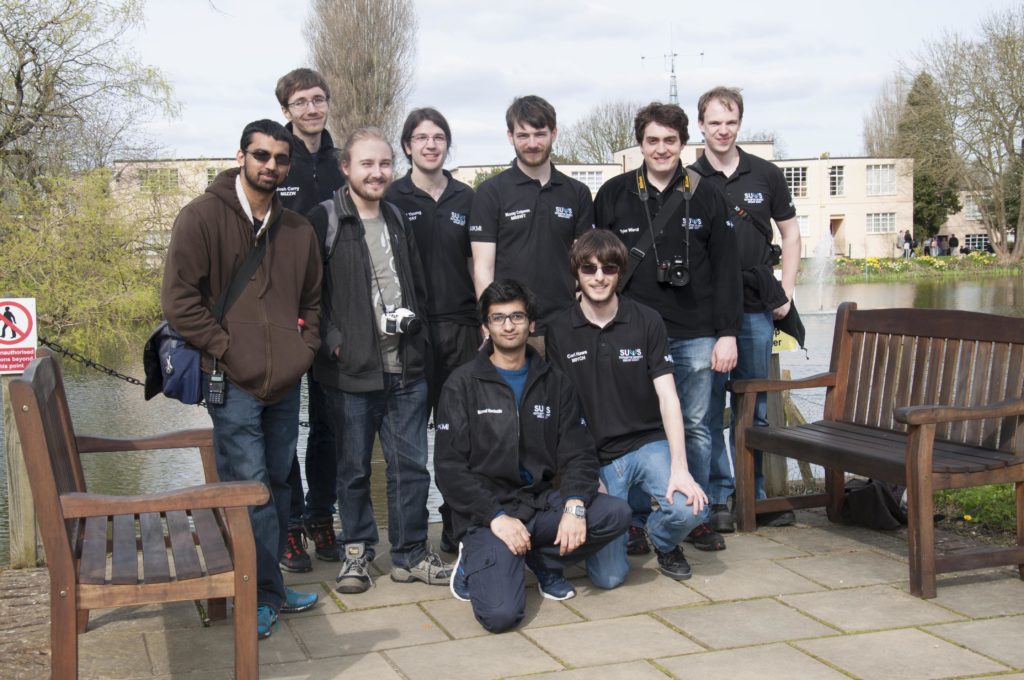 Members of SUWS at Bletchley Park

A common experience of a lot of our society members has been that they have picked up a piece of equipment at a rally and they have then struggled to figure out what connectors it has.  Sometimes, even if you can track down a manual, this is of not much use and finding anything online not much easier.  Therefore, Tyler Ward (M0UAV) decided to create a wiki that could better document things like this.  Currently, it is predominantly focused on equipment owned or used by society members but we hope to expand this out and hopefully get other radio amateurs to contribute.

In the past year, the club has assisted 9 people with achieving their full license, with a further 5 starting out in the world of amateur radio with their foundation licenses. This represents a net increase in our advanced licensees, who were mainly people who obtained foundation or intermediate licenses last year progressing through the licensing levels. We have also seen an increase in our number of registered instructors, with a further 5 people registering as examiners to train next year’s candidates.

One longstanding prospective project for SOWN has been a fully mobile SOWN[at]Anywhere node.  Since the arrival of the GLi.Net AR150, building a mobile node has become more practical as the device can be powered over USB and interface with 3G/4G dongles to provide an Internet connection.  Several society members have experimented with this over the previous year.  Since then GLi.Net have brought out a new Mi-Fi node that has a built-in battery and 3G or 4G module.  David Young (M0YAY) and Kajusz Dykiel (M0PWN) have obtained some of these and have been working on a modified version of the SOWN[at]Home node firmware so anyone can build then own SOWN[at]Anywhere node.

At the start of the academic year back in October 2016, it was decided that we should schedule talks at our fortnightly meetings, either by members of the society or external guests.  These talks varied across a wide number of wireless topics, and included a series of talks about the SOWN project and the technologies it uses presented by society members David Newman and Chris Malton.

Denis Nicole (M0CYJ), a senior academic in ECS and a radio amateur for over 50 years, gave an eclectic talk on topics ranging from gigantic Soviet era radio equipment decaying inside the Chernobyl exclusion zone to bouncing Amateur Radio signals off the moon from a boat in the Solent (or as he called it “Maritime Moonbounce”).

Phil Crump (M0DNY), another member of the society, gave a talk about his experiences working on the ARISS UK project.  When Tim Peake went up to the ISS it was agreed that he would make Amateur Radio contacts with 10 selected schools. Phil was part of the ground team that set up all the Amateur Radio equipment at each school so they could contact Tim as he flew over onboard the ISS.  As would be expected, things did not always go immediately to plan and there were a few frantic moments in the lead up to scheduled contacts. 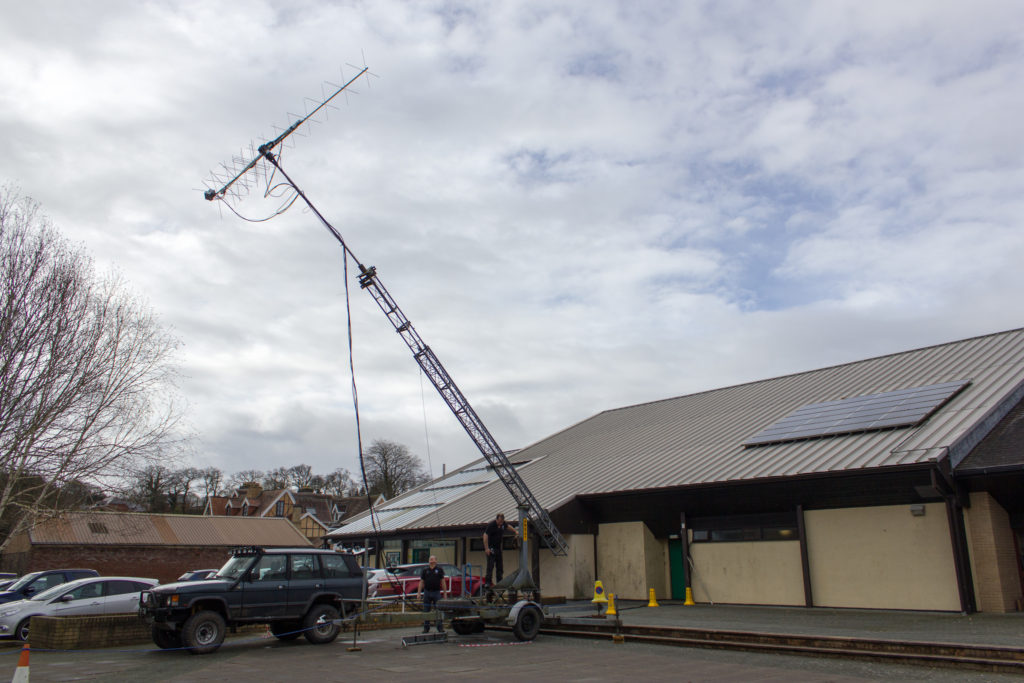 ARISS UK setting up at a school for another ISS contact

Another one of our talks was from an external speaker, Noel Matthews (G8GTZ), who gave a talk about the history Amateur TV and the shifting trend from analogue to digital.  This talk gave an insight into how TV transmissions work both for amateurs as well as commercial enterprises. Amateur TV is an area which we have been keen to explore as a club, and we hope to use some of our new SDR equipment to investigate this area in the new year.

Overall, this academic year has been very busy for the society, with many projects being initiated and many reaching the final stages of completion. We have enjoyed many outings both to the common and around campus and hope to keep this up in the new year. We would like to thank everyone who has helped us in our activities and projects and hope to continue developing new concepts and ideas. You can keep up with our progress by visiting our Current Projects.