This News section contains reports and updates about various interesting activities our society has undertaken.  This can vary from Amateur Radio activities under the callsign G3KMI or wireless networking related updates regarding the Southampton Open Wireless Network (SOWN) project.

Amateur Radio is the experimentation with radio waves on licensed frequencies, covering a wide range of activities from designing equipment to aiding emergency relief work. Our club is an RSGB exam centre, which means people can take examinations here to get their licences. We also provide training for members.

SOWN covers experimentation with wireless networking, primarily focusing on loaning nodes to individuals in order to expand the coverage of the academic Eduroam network to more diverse locations, such as private houses. Eduroam allows people from any university that takes part in the Eduroam scheme to connect to any other Eduroam wireless access point. 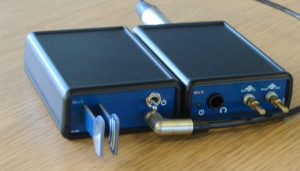 Morse sounder project complete Sunday 23rd September 2018 - For a while we have been working on a project to build a Morse code practice oscillator and accompanying capacitive Morse key, which we could use for radio practicals and to help members learn about Morse code. Now this project has been completed, we thought it was a good opportunity to write up a potted… Read More » 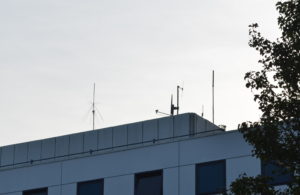 End of Semester 1 (2017-18) Report Monday 22nd January 2018 - Talks During the first semester SUWS had three separate talks.  David Newman gave a talk about how VPNs can be used to build distributed networks and the experience using these as part of the SOWN project.  David Young (M0YAY) chaired a panel session about buying you first radio for new members.  Finally, Tyler (M0UAV) gave… Read More » 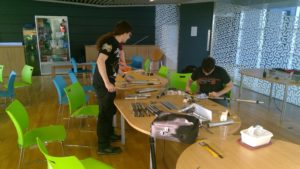 HF Yagi Refurbishment Thursday 18th January 2018 - About five years ago, the club was generously donated a disused HF Yagi; specifically a Cushcraft A-3S tri-band beam designed for the 10, 15, and 20 metre Amateur Radio bands. This used to reside on a Scout Hut near Basingstoke, but sadly the licensed amateurs moved away and therefore the mast had to be decommissioned. Since… Read More » 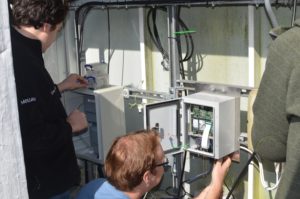 SOWN Zepler Deployment Sunday 1st October 2017 - After nearly 2 years in the planning and development, the new SOWN Zepler has finally been deployed on the roof of Building 59 (a.k.a Zepler) to provide Wi-Fi coverage to the outside areas to the north of Highfield campus.  The previous incarnation of SOWN Zepler had used a Soekris Net 4511 with a PCMCIA wireless card… Read More » 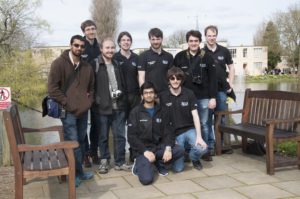 SUWS Yearly Roundup – 2016/17 Thursday 24th August 2017 - 2017 has been an eventful year for the society. We have made progress in a variety of projects, and hope to continue these into the new academic year. Although we are still yet to find somewhere to setup a permanent shack, one of the main goals for the society this year has been to refurbish… Read More »